Forum Neue Vokalmusik was founded in 2010 at the behest of the Stockhausen Foundation. In the course of that year, the singers worked closely with the performers of the first performance of STIMMUNG, to guarantee an authentic and true interpretation of the work.
Oral tradition and the knowledge of interpreters and performers are very important to the group, who believes that the original music lies hidden in or behind the score; it has to be brought to life (again).
Singer and founder of the group, Frauke Aulbert, is a specialist in harmonic singing. Her dissertation "Overtone singing in contemporary music“ discusses the possibilities and impossibilities of Karlheinz Stockhausens STIMMUNG

The musicians of Forum Neue Vokalmusik perform in international festivals and collaborate with young and distinguished composers, like Stefan Prins, Jagoda Szmytka, Karin Rehnqvist, Georges Aperghis and many more.
2013 Forum Neue Vokalmusik got invited to perform STIMMUNG at the STOCKHAUSEN COURSES KÜRTEN as the first Ensemble since the "original" group.

The composition STIMMUNG by Karlheinz Stockhausen is the first and, since it’s creation in 1968, still the most significant work for harmonic singing in the Western canon. It inspired the first overtone singers to study this technique and therefore can be called the cornerstone of western overtone singing. For STIMMUNG Stockhausen uses analytic concepts from the beginning of electronic music, as well as philosophies and musical influences from ancient cultures from all over the world.

Overtone singing
Harmonics are international, border-crossing. They take us behind the syntax of a language, to the hidden melody in each sound we phonate. They take us to the origin of speech and vocalization, to the original principal of expression of every being.

Every day we are surrounded by an infinity of overtone sounds. Every machine, every tree moved by the wind, every call contains harmonics. Harmonics are one the principles which helps us to understand the sound as it is and differentiate it from others.

Voice is one of the most personal and most individual things a human has. Hearing only the voice – even only the sound of breath – one can recognize age, gender, emotional state, and even the person herself. This is true for every single person in the world.

Overtone singing is, just like speaking, based on the flexibility/movability of the vocal tract. Overtone singing is preliminary to speaking, like a slow motion and magnification of speech. It enables us to consciously hear the structure of sounds, which is normally hidden in the complexity of speech as a whole. 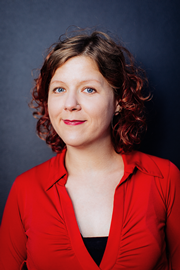 As “Hamburg’s queen of avantgarde”, soprano and multivocalist Frauke Aulbert boasts a vocal range of four octaves and has specialized in contemporary vocal performance. In addition to her formal training in lyrical singing she focuses on extended and experimental singing techniques to grasp the sonic capabilities of her voice and break boundaries. As a vocalsound-researcher she studies overtone- and undertone-singing, multiphonics, gamelan, jazz, dhrupad, beatboxing, höömii. Frauke Aulbert performed all over Europe, in Brasil, Tunesia, Georgia, the USA, Australia and Korea. She was awarded the first prize by the Stockhausen Foundation, and received longterm artists residencies in Paris (Cité des Arts) and Rome (Goethe Institut), and Schloss Solitude (2016/17).

Matias Bocchio
Born in Argentina, baritone Matias Bocchio performs regularly with vocal ensembles and choirs such as Gächinger Kantorei, Vokalensemble Schola Heidelberg, and the Stuttgarter Opernchor, as well as a soloist in classical and contemporary works, including many world premieres.
He completed his undergraduate studies in music composition at the Universidad Nacional de Córdoba before earning a Master of Music in Contemporary Voice at the Staatlichen Hochschule für Musik und Darstellende Kunst Stuttgart.
As part of the Studio für Stimmkunst und Neues Musiktheater in Stuttgart, Bocchio studied with Frank Wörner and Angelika Luz and performed in numerous music theater works of the 20th and 21st century during his studies.
http://matiasbocchio.com/ 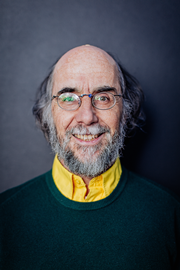 The German counter-tenor Beat Duddeck started his singing career as a boy soloist in Braunschweig Staatstheater. Since 1986 Beat Duddeck has been a member of the Orlando di Lasso Ensemble. Today he regularly works with leading interpreters of early music: Philippe Herreweghe, Thomas Hengelbrock, Paul Hillier, Philippe Pierlot, Hermann Max, Peter Philips, Paul van Nevel, etc. Numerous CD and television productions as well as an increasingly frequent stage work in the opera field or in scenic productions of oratorios form other special points of interest within his work. 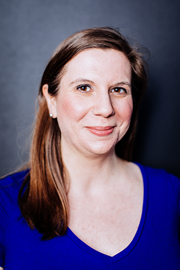 A two-time winner of an interpretation prize at the International Stockhausen Concerts and Courses (Kürten, Germany), American soprano Christie Finn is actively involved in the world of contemporary performance and new music theater. Finn has performed as a soloist with the Asko | Schönberg Ensemble, VocaalLAB, Ictus, Nadar, the Hezarfen Ensemble, Oerknal!, Forum Neue Vokalmusik, and several ensembles in New York City, including ekmeles, the S.E.M. Ensemble, Experiments in Opera, and Tactus. She has performed in Germany, the USA, Netherlands, Turkey and China, among others. 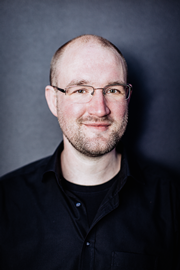 Philip Lehmann, born in Iran as the son of a missionary, grew up in Germany and South Africa. After studying conducting, violin, Baroque viola and voice at the Hanover University of Music, Drama and Media, he now conducts three choirs as well as his Ensemble21. He also plays Baroque viola in several ensembles as well as, as a soloist, singing. Philip Lehmann produces audio recordings (private and for others), organizes Ensemble21 and Musicfactory21, and arranges scores for all kinds of constellations. 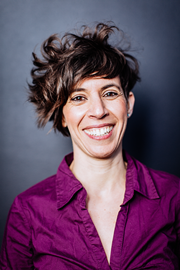 Natasha López was born in Johannesburg (South Africa). She studied violin in Madrid and voice in Guadalajara, and she earned a degree in voice at the Hochschule für Musik FRANZ LISZT Weimar in 2011. In July 2013 she graduated with honors from the the Staatliche Hochschule für Musik und Darstellende Kunst Stuttgart with a Master of Contemporary Music where she studied with Angelika Luz and Frank Wörner, and for which she obtained the postgraduate scholarship from the Spanish foundation Fundación Caja Madrid. Currently she performs improvisations, performances and premiere of works and operas e.g. at the 56. Biennale di Venezia in collaboration with the German artist Olaf Nicolai and the Neue Vokalsolisten. 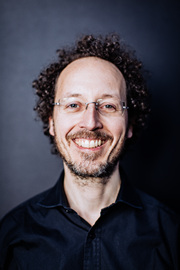 Sean Williams is a Leverhulme Early Career Fellow at the Reid School of Music, University of Edinburgh, researching early electronic music performance practice. He performs live electronics and sound projection with Grey Area and the Monosynth Orchestra playing original compositions, improvisations and existing pieces by Stockhausen, Wolff, Subotnik, Ono and others. His performances are intimately connected with his research into the practice of early electronic music and media and its connection to the body, and often feature period instruments in contemporary contexts. Sound art pieces have included installations for Lyrebird at the Threshold art space in Perth, Dialogues Festival, Edinburgh, and at ZKM in Karlsruhe, and Stockhausen’s Kontakte in collaboration with Nicolas Hodges and Colin Currie in Glasgow City Hallls.